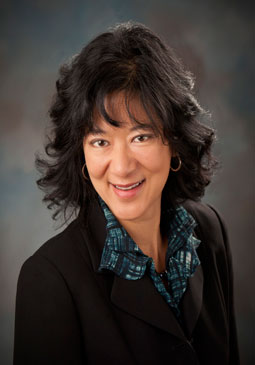 Stephanie Wong is a former prosecutor in McLean County. She began her legal career in the associate division prosecuting delinquency and abuse/neglect cases charged under the Juvenile Court Act and criminal misdemeanor cases. She was later assigned to the felony division and subsequently appointed chief of that division. She has successfully prosecuted offenders charged with serious felonies including first-degree murder, criminal sexual assault and armed robbery. She has satisfied and exceeded the requirements to be certified as lead counsel on the Capital Litigation Trial Bar.

Ms. Wong has received the LexisNexis – Martindale Hubbell prestigious AV rating.  An AV® certification mark is a tribute to the fact that a lawyer’s peers rank him/her at the highest level of professional excellence.

Stephanie’s background as a prosecutor affords her clients the advantage of representation by an attorney with extensive trial experience and with specialized knowledge of how prosecutors think and prepare for their cases.

She applied the skills she acquired as a prosecutor in the area of domestic litigation in Chicago and Kansas City, Missouri — handling custody, and visitation and modification issues.

Her achievements include the following awards and accolades: